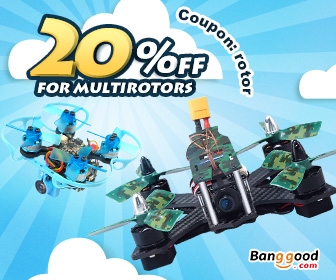 Get your prescription of laughter with Riaad Moosa & Friends over Heritage weekend this September at Emperors Palace
The prognosis is in!  ‘Laughter is the best medicine’ and Dr Riaad Moosa is insisting that it is your best course of medication!

Research has shown that laughter is good for your health; it relaxes the whole body; boosts the immune system, triggers the release of endorphins; protects the heart and burns calories!  Which means that it’s for your own good that you do not miss the second edition of Riaad Moosa & Friends: Heritage Weekend Edition at Emperors Palace on Sunday, 23rd September, 2018 (especially since the Monday is a public holiday).

With this royal flush of SA comedy giants, this is guaranteed to be a show of hysterical proportions.

Get your prescription of laughter with Riaad Moosa & Friends as they take hilarity to the next level on 23 September at Centre Court, Emperors Palace.  The show is rated PG16.  Tickets are available from R185 per person and can be booked through Computicket or at the Emperors Palace Box Office.  Emperors Palace is located at 64 Jones Road, Kempton Park, Johannesburg. Show starts at 19h30.

Another great production brought to you by your friends at Blu Blood.  You’re welcome!  After all, what are friends for?  Visit www.blublood.com for more information.

As an award-winning comedian, actor, writer and presenter, Riaad Moosa is one of South Africa’s most popular and acclaimed funny men – and he happens to be a qualified medical doctor too.  He certainly seems to have the remedy for the nation’s ills – a healthy dose of laughter, straight up – and hold the aspirin.

Dillan Oliphant has in a short amount of time grown from a fresh-faced novice to making waves nationally with his dead-pan-one-liner comedy.  His stage presence makes his unnervingly clever jokes accessible to all audiences and not

Joey Rasdien is instantly recognisable.  His endearing stage persona is intellectually absurd, physically hysterical and thought-provoking. He not only makes you laugh but makes you think as well.

Teacher-turned-comedienne, Khanyisa Bunu is a fan favourite.  She was the first woman to win the audience choice award at the Comics’ Choice Awards and has also made her mark on SA TV with roles in Scandal! and Ses’Top La.

Loyiso Madinga’s career has been on the fast track since he started out in 2012 and has since shared stages around the globe with local and international comedians alike.  He may be from a small village, but Loyiso is proving to be a force to be reckoned with.

Known as the ‘King of Indian Comedy’, Muthu Murugan has been wowing audiences for many years.  Sharp-tongued and witty, Muthu will bring some Durban flavour to Johannesburg.

Another comedian who has risen to stardom over the past few years, Robby Collins started out as a lanky, long-limbed actor on the Durban theatre circuit and has become a comedian of high acclaim.  The sincerity of Robby’s material is matched only by that of his stage presence, seeking out the funny in otherwise painful experiences.  He has far surpassed the label of promising talent and is on the up-and-up as a multi-talented entertainer.

Schalk Bezuidenhout, the talent as sweet as mother’s milk and with a skop as powerful as brandy, is not your run-of-the-mill comedian.  His refreshing approach to comedy explores his conservative upbringing and his current liberal outlook on life.

Simmi Areff was rated one of the top up and coming comedians in the country.  Go ahead and ask him!  This much-loved comedian started his career while completing his journalism degree.  Having toured extensively around the country, Simmi’s witty tongue-in-cheek comedy has made a strong contender in the industry.

I Can Only Imagine
The Ellen Pakkies Story